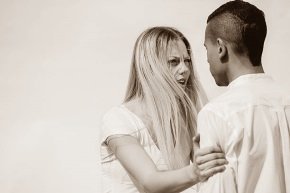 A light push or grab can result in an arrest.

Domestic Violence assault charges are extremely common in Washington State, due to laws that require very little evidence for an arrest to be made. Oftentimes, false and exaggerated statements are made to the police after a heated domestic dispute.

In Seattle, Bellevue, and other jurisdictions in Western Washington, law enforcement will almost always err on the side of making an arrest, even when the facts are questionable and there are contradictions with witness statements. Mandatory arrest laws only require that there be probable cause (a very low standard of evidence) that a domestic crime occurred within the last four hours.

If there are allegations of any unwanted physical contact, an arrest for DV assault will be made. Shortly after the arrest, a No Contact Order will normally be issued by the court. This court order makes communication with the alleged victim an additional crime.


Domestic Violence Assault in the 4th degree charges are filed when there are allegations of a minor injury or no injury at all. For example, an allegation of unwanted touching would be enough physical contact for an arrest.

WA State law does not require a physical injury to occur, nor does it require intent to create an injury. The law simply states that the contact should be considered offensive by a “reasonable person.” The reasonable person test is open to interpretation and is one factor that can be used as part of a comprehensive domestic violence defense strategy.

At arraignment (the first court appearance), a judge will usually issue a No Contact Order and require the defendant to surrender any firearms as conditions for release. If the defendant has a violent criminal history, a bail amount and electronic home monitoring (house arrest) are much more likely to be ordered.

DV Assault 4 is a gross misdemeanor and a conviction can result in up to 364 days of jail time, loss of gun rights, and a $5000 fine. Substance abuse treatment, community service, home detention, and anger management classes can also be court ordered.


Domestic Violence Assault in the 2nd degree charges are normally filed when a serious but non-permanent injury occurs. If the alleged victim has a fractured bone or there is evidence that a weapon was involved, the state will likely pursue felony assault charges.

If there are accusations of choking, no injury needs to occur as choking is a felony offense. This is a common charge as law enforcement will almost always ask if hands were ever in the throat area during the incident. This type of police prompting can encourage the alleged victim to make a false or misleading statement. 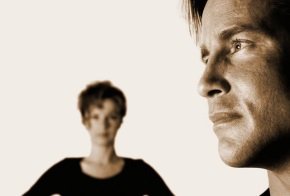 Most domestic arrests lack a witness.

In Washington State, you can use reasonable and necessary force to defend yourself, another person, or your property from harm. In some cases, self-defense can be a reasonable and very effective defense. In other situations, a lack of physical evidence or witnesses will work in your favor.

It is rare to find a police report that does not contain questionable information. In addition, we do our own private investigation on every criminal case to uncover information that is helpful to your defense. If this is the first time you have been charged with a crime or physical altercation, this can be very helpful during negotiations.

What if I Admitted Guilt to the Police?

If you admitted to a crime before speaking with a domestic violence attorney, there is still a good opportunity for a positive result to be negotiated. An important part of our job is to demonstrate to the court that your positive value to the community and history of law-abiding behavior outweighs a momentary lapse in judgement.

Regardless of the circumstances, you deserve the best possible defense. We will communicate your side of the story in the best light, so the focus can be taken off what may have been your worst moment.

At Beckwith DV Law, we can often get cases dismissed or charges significantly reduced (over 95% of the time), by convincing the prosecutor that there is not enough evidence for a conviction. If we need to go to trial we will, although we can normally negotiate favorable outcomes that avoid the risk and uncertainty of a jury trial.

We defend criminal accusations in Seattle, Bellevue, Everett, Kent, and other courtrooms throughout King, Snohomish, Pierce, and Kitsap County. Call us any day of the week (including after-hours) for a free consultation.