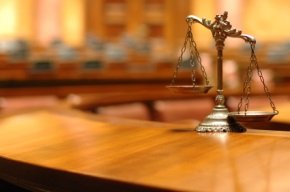 Once the police are called for a domestic disturbance, the case can go through seven steps before it is resolved. The following is a summary of the domestic violence criminal process in Washington State:

When domestic violence is reported, there is a mandatory arrest law in Washington. This means that a police officer is required to make an arrest if there is probable cause to believe that a domestic assault or other domestic violence offense was committed within the previous 4 hours, or if the officer has probable cause to believe that a no contact order was violated.

Probable cause for an arrest is a very low standard of evidence that is often met by an accusation of domestic violence. Unfortunately, this normally means that an arrest is inevitable, even if a neighbor or other outside party reported the incident.

As an example of a DV police response, the Seattle Police Department Manual on domestic violence investigations summarizes the steps that law enforcement is supposed to follow, in accordance with Washington State law.

Once the police officer determines who (in their opinion) the aggressor was, that person will be taken into custody. Sometimes, the person who originally reported the crime is determined to be the aggressor.

If the police officer believes that the accuser is trying to mislead them or recant their story, they will most likely be arrested for making a false police report or obstruction. In either scenario, the arrested person will either be released after posting bail or they will be jailed until they can be seen by a judge. In WA State, a person can be jailed for up to 72 hours without charges being filed.

After the arrest, a police report is sent to the prosecutor’s office. The assigned prosecutor will review the police report and any witness statements before making a decision to charge someone with domestic violence or drop the charge(s). The time frame between the arrest date and formal charges being filed can be an excellent opportunity for your attorney to influence the prosecutor’s charging decision.

Your attorney should request a copy of the police report and conduct their own independent investigation. Depending on the issues in your case, your lawyer may be able to prevent charges from being filed.

The arraignment hearing is the first court appearance after a person is charged with domestic violence. The judge will inform the defendant of their charges and the defendant will enter a plea (normally not guilty, but always consult with a lawyer before entering any plea). The arraignment is a preliminary hearing and is often assigned to a prosecutor who will not be working on your case. This is one reason why negotiations regarding dropped charges or reduced charges are normally not addressed at the arraignment for a domestic violence charge.

At the arraignment, a judge will most likely order the defendant to not have any contact with the alleged victim while the case is pending. This no contact order will go into effect regardless of whether or not the alleged victim wants the order in place. It is very important to have an attorney at this stage in the process, so arguments can be made to try to prevent a no contact order from being issued.

The DV pretrial hearing is normally the first opportunity to begin formal negotiations with the prosecutor. The pretrial hearing is also an opportunity for your attorney to make a motion to lift a no contact order (if one was put in place at arraignment). Your attorney can bring to light potential legal issues and other weaknesses regarding the evidence, in order to work out a possible case dismissal or other resolution, such as a reduction of the charges or a slow dismissal.

Even if there are not strong legal issues, there are other creative ways to negotiate a case. For example, it is common for the police report to inaccurately describe the events as they occurred, since police officers rarely witness domestic disturbances. Additionally, providing the prosecutor with a favorable polygraph result can be a very valuable tool in the negotiation process. If the prosecutor and defense attorney are able to work out a resolution, the case will end at this stage. If not, the case will be set for motions and trial.

This is an opportunity for the defense attorney to raise legal arguments and motion for certain evidence to be suppressed from trial. Examples of evidence that can sometimes be suppressed are 911 phone call recordings and statements made to the police.

In WA State, a criminal trial can be decided by either a trial by jury or by a trial by judge (no jury). Trial is an opportunity for both sides (the prosecutor and the defense attorney) to present their case. If the prosecutor is unable to prove the case beyond a reasonable doubt, a not guilty verdict will be entered and the case will be dismissed. If there is a finding of guilt, the judge will impose criminal penalties that often involve jail time, fines, and probation requirements.

What Should I Do?

If you are accused of domestic violence, it is a good idea to only discuss what happened with an experienced DV attorney. Mistakes made by unrepresented defendants are common and often result in life-changing criminal and civil consequences that could have been avoided. An attorney can very carefully tell your side of the story.

At Beckwith DV Law, we focus on fighting for people who face domestic violence accusations in Seattle, Bellevue, Everett, Kent, and other courtrooms throughout King, Snohomish, Pierce, Thurston, and Kitsap County.

You can call us any day of the week (including after-hours) for a free consultation.