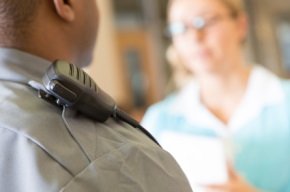 A DV attorney can carefully tell your story

False reporting charges are often filed against the alleged victim of a domestic violence (DV) crime in Washington State. In some cases, an alleged victim changes their story to protect the person that they originally accused of a crime. In other situations, there may have been a misunderstanding, resulting in an unfair and inaccurate police report.

In WA State, the police create an arrest report that is then assigned to the prosecutor. If the prosecutor discovers that the “accuser” attempted to recant (take back) their story or there are inconsistencies with statements made, they can file criminal charges for making a false police report or obstructing justice.

If at any point the alleged victim admits to initiating physical contact or damaging property, the additional charges of domestic assault or destruction of property will likely be brought.

I don’t want to press charges. Can the victim of domestic violence have the charges dropped?

A victim of DV might be tempted to reach out to the prosecutor, police, or court and communicate that they do not want to press charges against the defendant. In these situations, the prosecutor will often times not drop the charges, since they can still subpoena the victim to testify and use statements that were made to the police and 911 operator as evidence.

What is the penalty for falsely accusing someone of Domestic Violence in WA State?

If you are accused of making a false police report or obstruction of justice in Washington State, you are facing gross misdemeanor charges. Both crimes carry a maximum penalty of 364 days in jail and a $5000 fine. The official names of the charges are “making a false or misleading statement to a public servant” and “obstructing a law enforcement officer.”

There are also non-criminal consequences that can create challenges related to employment, housing, firearm possession, and travel.

Can a DV victim & their alleged abuser both be charged for the same incident?

Yes, it is not uncommon for charges to be brought against both parties after a domestic disturbance. If you unintentionally admit to a crime or face an accusation, charges can result in life changing consequences.

If you are accused of filing a false police report or obstruction, it is a good idea to exercise your right to remain silent and immediately contact an attorney who is experienced with DV. The police and prosecutors are not on your side and unfortunately, statements that suspects make are often taken out of context and used against them.

At Beckwith DV Law, we defend false accusation charges and other criminal charges related to domestic violence. We fight for clients in Seattle, Bellevue, Everett, Kent, Tacoma, Olympia and other courtrooms throughout King, Snohomish, Pierce, Thurston and Kitsap County.

You can call us any day of the week (including after-hours) for a free consultation.