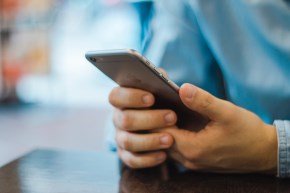 A sarcastic message can result in an arrest

Harassment can be a felony or misdemeanor in Washington State, depending on the nature of the allegations and if there is a personal history of harassment charges. A harassment arrest normally results from an alleged threat to a person’s safety or property.

If a current or past domestic relationship is established between the accuser and accused, there are enhanced penalties that can increase the minimum required jail sentence. In addition, a No Contact Order is normally court ordered after an arrest for DV harassment. As a condition for release, the court will likely ask you to surrender any firearms that you may own.

Threats that can result in a harassment arrest can be made in person, by phone, electronically (text or social media), or through another person. Any act that knowingly and maliciously is meant to threaten a person can meet the definition of harassment.

If there was no threat to kill the alleged victim and there has been no history of harassment against the person or their family, gross misdemeanor charges will likely be filed. In WA State, a gross misdemeanor is punishable by up to 364 days in jail and a $5000 fine.

Other consequences can include court ordered anger management classes and treatment for alcohol or substance abuse. A conviction will result in the loss of firearm rights.

Harassment charges are a felony if there was a death threat or there has been a past harassment conviction involving the alleged victim or one of their family members. A felony harassment charge in Washington State is a Class C felony, which is punishable by up to 5 years in jail, a $10,000 fine, and loss of gun rights.

For a first-time offender with no criminal history, the minimum jail sentence would be between 1 and 3 months. If the domestic violence designation is added to the charge, the court will likely impose a longer than minimum jail term.

Harassment Inv. (Before Charges are Filed)

After an arrest in King County, Snohomish County, or Pierce County, the public record may state “harassment inv.” Inv is the court abbreviation for investigation. This means that the prosecutor is preparing to file criminal charges.

While the case is in this status, the deck is normally stacked against the accused (due to a police report that is typically one sided). However, this provides an excellent opportunity for a harassment attorney to reach out to the prosecutor, tell your side of the story, and provide evidence that is favorable to your defense.

An effective pre-charge defense can prevent charges from being filed or result in less serious charges being brought.

There are several potential defenses to a harassment charge. We see many cases where charges are filed without any substantial proof or witnesses to back up the alleged victim’s story. If the allegations are frivolous or are not supported by corroborating evidence, we can often convince the prosecutor to drop the charges, based on the results of our independent investigation.

In domestic relationship cases, the allegations are frequently exaggerated or false. A harassment arrest can also be the result of communication that was never meant to be serious. We can often make a case that the intent of the threat was not serious and that the alleged victim did not believe that the threat would be carried out.

Regardless of what happened, you deserve the best possible defense and you have a constitutional right to not incriminate yourself. At Beckwith DV Law, we fight harassment charges in Puget Sound courts that include Seattle, Bellevue, Tacoma, Everett, and Olympia, Washington.

Call us any day of the week (including after-hours) for a free consultation.