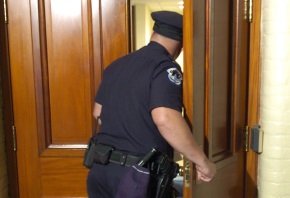 Charges resulting from property damage are surprisingly serious, given the nature of the accusations. When the police are called for a domestic disturbance, they are looking for signs or accusations of damaged property. Third Degree Malicious Mischief is a charge that is often added by police during an investigation for domestic assault.

If the damaged property is worth less than $750, Third Degree Malicious Mischief or Destruction of Property charges will be filed. Malicious Mischief 3 is a gross misdemeanor and is punishable by up to 364 days of jail and up to a $5000 fine. You may also be asked by the WA State court to replace the damaged property (pay restitution), take anger management classes, and be evaluated for alcohol or substance abuse by a treatment agency.

If the property is worth between $750 and $5000, Second Degree Malicious Mischief or Destruction of Property charges will be filed. It can sometimes be argued that the damage to the property is less than $750, given the difficulty of putting a monetary value on used property. Malicious Mischief 2 is a class C felony and is punishable by up to 5 years in jail, loss of gun rights, and a fine of up to $10,000.

There are often times questions that can be raised that will weaken the case against you. For example, it may be your property or you might have an ownership interest in the damaged item. We have also defended cases where the damaged property was accidentally broken during an argument or was broken before the alleged incident occurred.

If you have no criminal history, this can help your defense. Regardless of what happened, you deserve the best possible defense attorney representation. At Beckwith DV Law, we have a proven track record for getting Malicious Mischief (Destruction of Property) charges dismissed or significantly reduced.

We fight for clients accused of property crimes and domestic violence in the courts of Seattle, Bellevue, Everett, Renton, Kent, and throughout the Puget Sound. Call us today for a free consultation.